4 easy steps to choosing organic acids for your farm

1. How do organic acids kill bacteria?

The basic mode of action for organic acids is the same irrespective of the acid that is used and the microorganism they are used against. As discussed in our previous blog articles organic acids are weak acids. This means that a certain proportion of the molecules remain undissociated, depending on the acid’s pKa value and the pH level in the environment. The undissociated, uncharged molecules pass more easily through the cell membrane into the microorganism. Once inside the microbial cell, the acid releases its proton (H+) in the more alkaline cytoplasm, which lowers the intracellular bacterial pH. This affects microbial metabolism, inhibiting the action of significant microbial enzymes. Depending on the pH gradient across the membrane, the bacterial cell uses energy to get rid of the protons. This results in a intracellular build up of acid anions.

In the microbial cell the anions interrupt the cell’s metabolic functioning, including the synthesis of RNA and DNA. This impacts the multiplication of cells and limits development. Several studies have shown that organic acids have a powerful bactericidal impact without substantially reducing the pH in the GI tract, giving proof of the mode of action mentioned above. Consequently, organic acids are still effective, where strong, inorganic acids (which only reduce pH and can not enter the cell) are not.

Different microorganisms have different exterior cell wall and/or membranes, making some acids more efficient against some species than others. Moulds are eukaryotes (have a cell nucleus) and have a more complex cell wall structure than bacteria that are prokaryotes (without a nucelus) with a simpler cell membrane. As a result propionic acid, that readily blends with lipids, will cross over the moulds complex lipid membrane, making it the preferred acid for mould inhibition. Bacteria on the other hand, especially Gram negative species, have a less complex cell membrane and allow a wider spectrum of acids to pass into the cell. This explains why formic acid is more effective as an antibacterial, but less so as a mould inhibitor. Due to this variable sensitivity of microorganisms to different organic acids, often mixtures of acids and their salts are more effective against a wider range of microbial species than single acids.

With a few exceptions like benzoic, citric and fumaric acids the majority of commonly used organic acids in livestock feed are liquids. Unless specially formulated or buffered (see below) these acids or blends can be corrosive and difficult to handle requiring dosing equipment. However, properly formulated liquid products can have low corrosivity, be safe to handle and are very effective to use in drinking water or liquid feed.

For dry feed an alternative is to produce free flowing powders. This requires an additional production step as most commonly the acids are adsorbed onto a carrier like silica. As a rule of thumb you can adsorb half the amount of a liquid product onto a carrier leaving the acid concentration in powders at 50% of their liquid counterparts. Turning an acid into a powder in this way does not affect it’s mode of action and is just as effective as using a liquid product when dosed at similar acid levels, i.e. 1 kg liquid = 2 kg powder. Additional benefits of dry powders are that the acids are easier to handle from a dosing point of view as no specialised dosing equipment is necessary. Also the reduction in concentration reduces corrosivity. However, adsorbed products are not suitable for use in drinking water as the silica can block water lines and drinking nipples.

Another common method to produce powders is to use acid salts like calcium formate, calcium propionate or sodium butyrate that are solids. This approach has the benefit of making the products non-corrosive and, as many of the pure acids can have a distatseful pungent odour, using salts eliminates odour and palatability issues. This comes at a cost though as an acid salt does not have a proton to release. This means that acid salts are not able to lower pH.

Despite this, a number of studies show that using an acid salts can be similarly effective to pure acids, leading some to question whether the pH reduction effect of pure acids has such a significant role after all. Additionally acid salts have nutritional benefits as minerals such as calcium and sodium are readily released and made available to the animal. The antimicribial effect of salts are driven by stomach acid, that triggers a reaction once the salts reach the stomach. Here they are transformed into ‘active’ undissociated acids where hydrochloric acid releases the formic acid from the sodium formate due to the reaction below. This will enhance digestibility in the stomach of adult animals better than in younger animals that generate less HCl in their stomach.

One final product formulation method that is worth mentioning is the production of protected acid. There are a number of reasons why protection of organic acids is of interest for the animal nutrition industry. The key reason is to ensure that the acids reach the appropriate site of action. For example butyrates are most effective in the intestine and without a specific formulation they would not be able to bypass the stomach. Protection usually involves an encapsulation process often with a fat coating. Other advantages are that this also reduces direct exposure to large quantities of the active ingredient, making the end product easier and safer to handle.

The pH is quickly reduced by the rapid release of protons when adding unbuffered acids to a solution, whether it is water, feed or the stomach. A buffered solution can withstand the pH shift – up to a point -when an acidic or basic component is added. Small quantities of added acid or base can be neutralized, thus keeping the solution’s pH relatively stable. To buffer an acid you combine it with a base of the of the conjugate. This combination neutralizes the conjugate base of released protons, and thus reduces the pH compared to single acids. An example of how this looks is shown below with the combination of formic acid (HCOOH) and sodium hydroxide (NaOH) a common method of buffering formic acid.

Data shows that buffering acids result in a solution having a higher final pH than unbuffered acids. When it comes to acidification one would think this is a bad thing, however if pH is too low, the consumption of water or feed may be lowered. Also buffering makes the product less corrosive and safer to handle without affecting it’s mode of action. Using buffered acids allows for an adequate dosage of organic acids for conserving water or feed quality without a significant pH shift and reduces palatability issues. Therefore, using a mix of free and buffered acids is the best product efficacy approach.

The argument for adding acids to drinking water

Water is the animals most important nutrient and they usually consume at least twice as much water as feed. When it gets hotter they will drink more and eat less. High-performance animals are increasingly less tolerant of stressors such as poor water quality. Using organic acids in drinking water can help combat the impact of poor water quality on farm animals’ health and efficiency.

Acetic, lactic, propionic and formic acids are those mainly used as additives in drinking water. It has been found that adding formic acid reduced the pH from 7.4 to 4.5. Field results showed that a commercial product based on propionic acid eliminated Salmonella from the drinking water, while over 80% of samples in the control group were positive. A combination of organic acids with different pKa values is usually more effective in inhibiting microbial growth in water. Formic acid, for example, has a very low pKa (3.75) which means that it will release more protons into the water and reduce the pH more than acetic or propionic acids, which have a higher pKa. More molecules of the acids with a higher pKa will remain undissociated and are therefore able to pass through the cell wall of the bacteria, stopping growth and reducing intake of bacteria by the animal through water. If you need to get up to date on pKa take a look at my previous blog post about pH and pKa.

Reducing biofilm in the water lines

Different types of materials will attach themselves to the inside surface of water lines. This gives the opportunity for microorganisms to attach to this material, forming a ‘biofilm’. Often the materials used to carry vitamins and medications supplied through the water are ideal substrates for microbes to grow. As a result, the drinking water becomes a source of infection for the animals in the stall. Biofilms can also trigger the blockage of drinking nipples, limiting the animals’ consumption of water and negatively affect the development, efficiency and welfare of the animals. Using organic acid substances via drinking water to decrease the formation of biofilms can therefore reduce the microbial pressure on the animal.

Reducing moulds and zoonoses in feed

When considering feed and feed ingredients, moulds are typically the primary concern as they cause visible changes, but other organisms such as yeast and enterobacteria can be equally detrimental. Moulds are present at varying concentrations in all feeds and feed ingredients and will develop as environmental conditions permit. Mould growth will generally occur at higher levels of moisture, with temperatures ranging from 20 to 30 ° C. Some species, however, have adjusted to develop at reduced or higher temperatures to survive the circumstances they typically find themselves in. In most environmental circumstances, molds can be a issue and it is essential to guarantee that they are regulated to prevent deterioration of feed components.

Unless they grow from spores mould can be very difficult to kill. Once mould development starts, it accelerates quickly, increasing the surrounding moisture content and temperature leading to other species proliferation and further deterioration of the feed or feed ingredient. This typically happens in pockets where humidity has gained access through holes in storage bins or through fast temperature differences that trigger build-up of condensation. Therefore, it is essential to have any mould control agent already present in the feed to avoid the growth of moulds should they occur. An additional problem with moulds is the production of mycotoxins, which are metabolites of their growth. These are extremely toxic chemicals at low concentrations and cause many problems in livestock production. Prevention of mould growth will reduce the risk of formation of these compounds.

Another significant argument for feed acidification with organic acids is that they contribute to environmental hygiene, protecting raw feedstuffs and compound feed from zoonotic agents such as salmonella. They will also continue to protect the feed over a long period of time, which helps to decrease recontamination as well as reducing contamination of the feed by milling and feeding equipment.

An argument for both?

As you can see there are arguments that can be made for the addition of organic acids to both drinking water and feed and this can seem daunting from a cost and product choice perspective. However there are products that are able to cover all your needs and can manage both your drinking water and feed acidification needs. If you need advice on which product would be best for your operation please feel free to contact us. 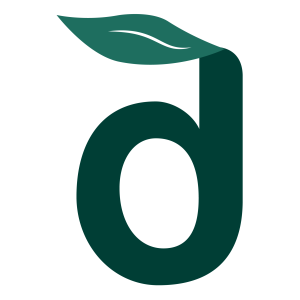 PrevPreviousAcid binding capacity of feed increases costs and kills your earnings
NextInfographic: The quick guide to organic acids in agricultureNext
Scroll to Top